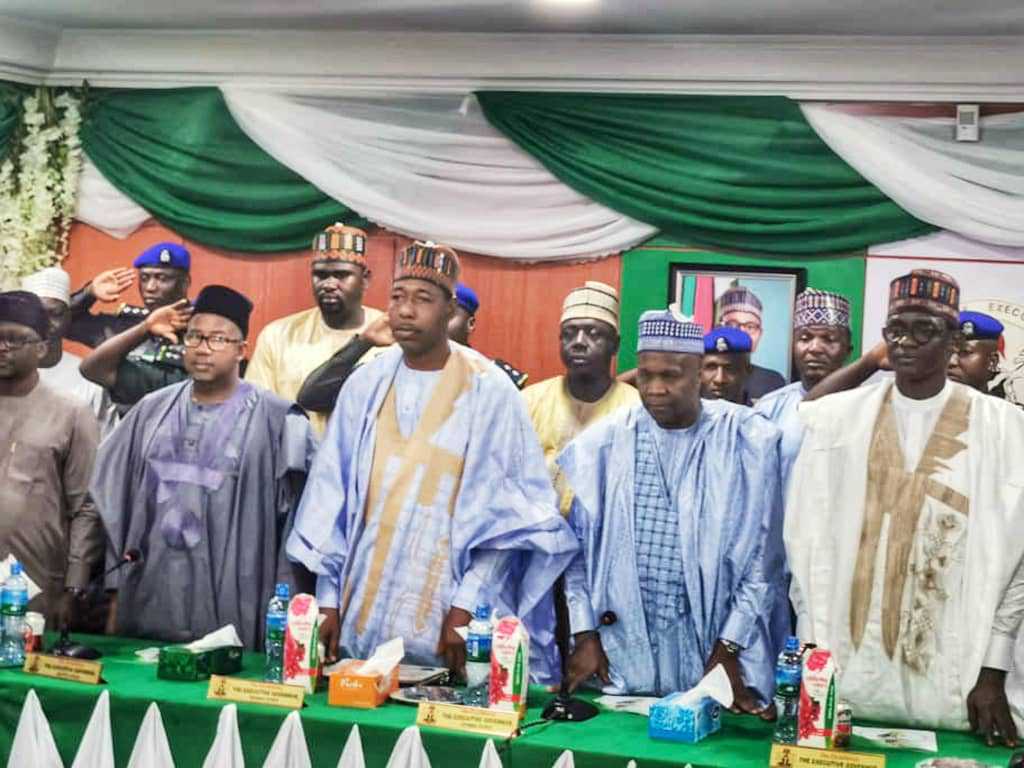 Governors of the six states of the Northeast have condemned what they described as low provision for capital projects for the states in the federal government’s 2021 budget.
The governors, who met in the Adamawa State capital, Yola, under the North East Governors’ Forum, from Thursday afternoon to around midnight, said the Federal Government gave to the Northeast region a paltry 0.35 percent of proposed N13.02 trillion for capital projects.
“Forum noted with dismay that despite the challenges of development, especially the infrastructural deficit in the Northeast, the 2021 proposed budget makes capital provision for only N45.32 billion for capital projects in the subregion,” the Forum said in a communique read by host Governor Ahmadu Fintiri during a news briefing a little after midnight of Thursday.
Asserting that such a provision “means that Northeast is highly shortchanged,” the governors demanded the National Assembly to review the 2021 budget “in the spirit of equity and inclusion,” and mandated the Northeast caucus of both the Senate and House of Representatives to take immediate steps to “redress this imbalance.”
The governors also complained of marginalisation in road network provision, saying the subregion “has been unfairly treated in the provision of roads by the Federal Ministry of Works and Housing.”
According to the communique, the Forum noted with dismay “the slow or outright nonexistent progress on the pace of the roads already allocated in the subregion,” and called for immediate reactivation and review of comatoes existing road contracts in the subregion.
The North East Governors’ Forum meeting in Yola, attended by the host governor and governors of Borno (Forum Chairman), Bauchi and Gombe, as well as the deputy governors of Taraba and Yobe, also condemned non-provision for the long designed Mambilla Hydro Project in Taraba State.
According to the communique, “The Forum notes with dismay the lack of budgetary provision in respect of the Mambilla Hydro Project in the 2021 budgetary proposal and calls on the Federal Government to make the project a matter of serious priority, resolve all encumbrances around the project and order action on site.”
The governors, who had during the official opening of the meeting Thursday afternoon spoke on need for concerted approach to problems peculiar to the Northeast subregion, announced in their communique that they had agreed to form the Northeast Council on Education to critically examine the challenges of education in the subregion and adopt a regional approach towards transforming the sector.
Buni presents over N106.9 billion as 2021 budget estimate 2021 Budget Defence: Nigerian govt owes contractors N69 billion – Minister of works, Fashola Niger Gov presents 2021 budget Gov. Emmanuel presents N435bn budget to Assembly for 2021 fiscal year Fayemi presents over N109 billion as budget estimate for 2021 2021 Benue budget: Full details of presentation by Gov Ortom