Diego Maradona remains a controversial character even after his death
– The legend passed away on November 25 due to a reported cardiovascular arrest
– It was gathered that he recently launched a fundraiser to help people with food
Although a controversial character, Maradona remains a legend of the game of football despite his antics on and off the pitch.
News of his death has allowed his final act of kindles break out having helped those who have struggled during the pandemic. 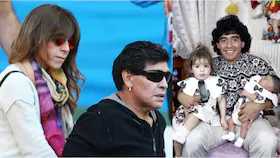 It was gathered that Maradona partnered with the Red Cross in his home country Argentina for a projected tagged ‘Las 10 del 10’ – to provide food and carry out infrastructure in 10 of the country’s cities.