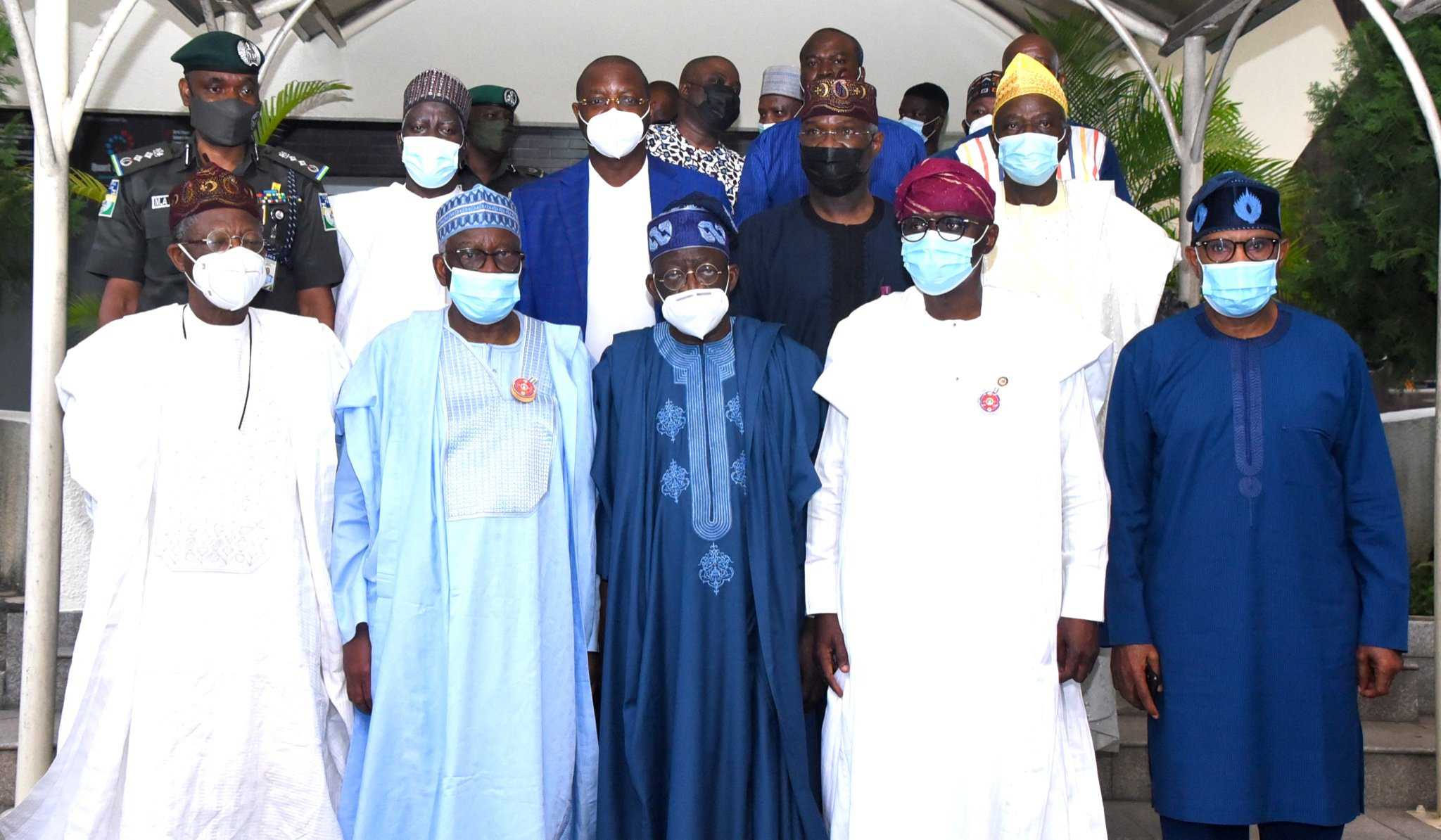 Ibrahim Gambari, Chief of Staff to President Muhammadu Buhari was in Lagos on Sunday.
He was at the Bourdillon residence of former Lagos State Governor, Bola Tinubu.
Tinubu, a former Senator, is the national leader of the ruling All Progressives Congress (APC).
On his entourage were the Inspector General of Police, Mohammed Adamu, and some South-West Ministers.
They include Babajide Fashola, Minister of Works and Housing; Lai Mohammed, Minister of information; Minister of State for Health, Olorunimbe Mamora, and Sunday Dare, Minister of Youths and Sports.
Governor Babajide Sanwo-Olu was also present at the meeting.
Tinubu posted a group photo of the officials Sunday night.
The visit was to “symphatise” over the recent destruction in Lagos, a message on his Twitter handle read.
NEWS: Biden: Why Trump will remain president – Fani-Kayode on US election
Tinubu’s assets – Television Continental (TVC) and The Nation Newspaper – were set ablaze by hoodlums.
The Jagaban, as fondly called, accused the opposition of masterminding the attacks.
End SARS shootings: Buhari’s Minister, Fashola discovers hidden camera at Lekki Toll Gate Lekki shooting: You want to cover up crimes – Fani-Kayode hits back at Tinubu Again, Sanwo-Olu takes photos of destruction in Lagos to Buhari End SARS: Details of Sanwo-Olu’s meeting with IG of Police on Tuesday revealed Tinubu sends message to Sanwo-Olu, Oluwa family of Lagos Tinubu reveals Oba Akiolu’s impact on him, Fashola, Ambode, Sanwo-Olu