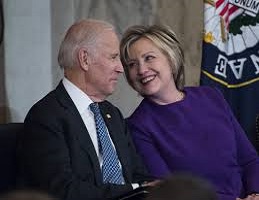 Hilary, who lost Donald Trump in the 2016, described the Biden’s feat as “history-making ticket”.

In her speech on Twitter handle @HillaryClinton, the former First Lady said the voters have spoken.

he tweeted: “The voters have spoken, and they have chosen @JoeBiden and @KamalaHarris to be our next president and vice president.

“It’s a history-making ticket, a repudiation of Trump, and a new page for America.

“Thank you to everyone who helped make this happen. Onward, together.”