United States Government officials met Vice President Yemi Osinbajo on Thursday.
The meeting on the unrest in Nigeria was held at the State House in Abuja.
The delegation was led by Ulrich Brechbuhl, Counselor of the U.S. Department of State.
It included Assistant Secretary for Democracy, Human Rights and Labor, Bob Destro, and Assistant Secretary for Conflict and Stabilization Operations Denise Natali.
Brechbuhl conveyed the regards of the Secretary of State Mike Pompeo.
Pompeo had issued a statement on the situation in Nigeria.
“Secretary Pompeo asked us to come as friends and partners of Nigeria to examine the drivers of insecurity across the country and to better understand conflict mitigation efforts already underway so that we can explore ways to enhance our cooperation,” Brechbuhl said. 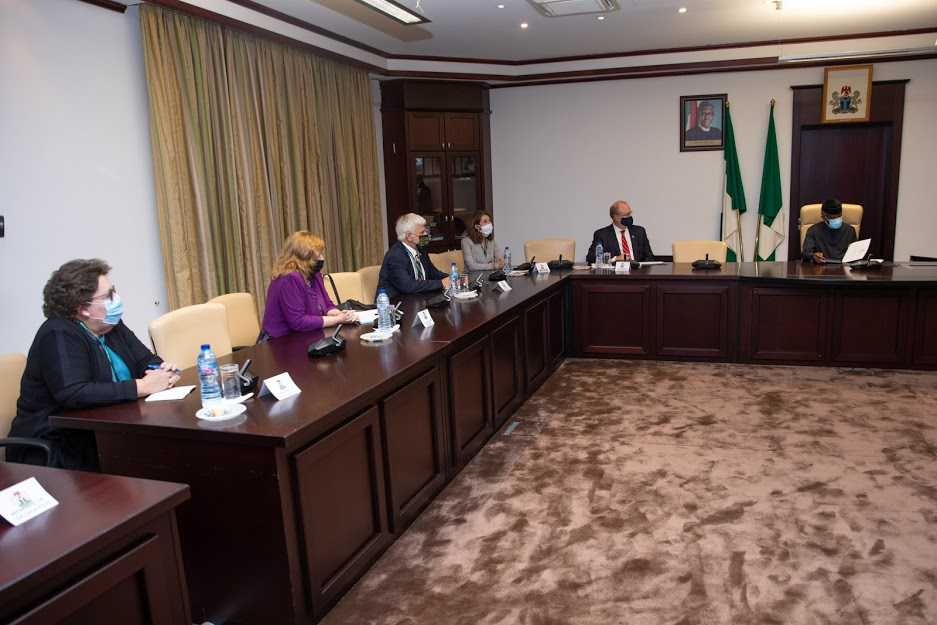 NEWS: US condemns Nigerian Army’s shooting of protesters, demands prosecution
Brechbuhl stressed that America is deeply concerned by recent violence.
He reiterated U.S. condemnation of the use of excessive force by the military.
Soldiers fired on unarmed protestors at the Lekki Toll Gate in Lagos on Tuesday.
The official offered his deepest condolences to the victims of the shootings.
Brechbuhl demanded that those responsible be held accountable under the law.
He stated the right to peaceful assembly and freedom of expression are essential human rights and core democratic principles.
US takes new action against Iran US pulls out ambassador to China US moves against TikTok, other apps China moves to impose visa restrictions on US citizens over Tibet US condemns Nigerian Army’s shooting of protesters, demands prosecution Iran: America fumes as world powers reject proposal to UN