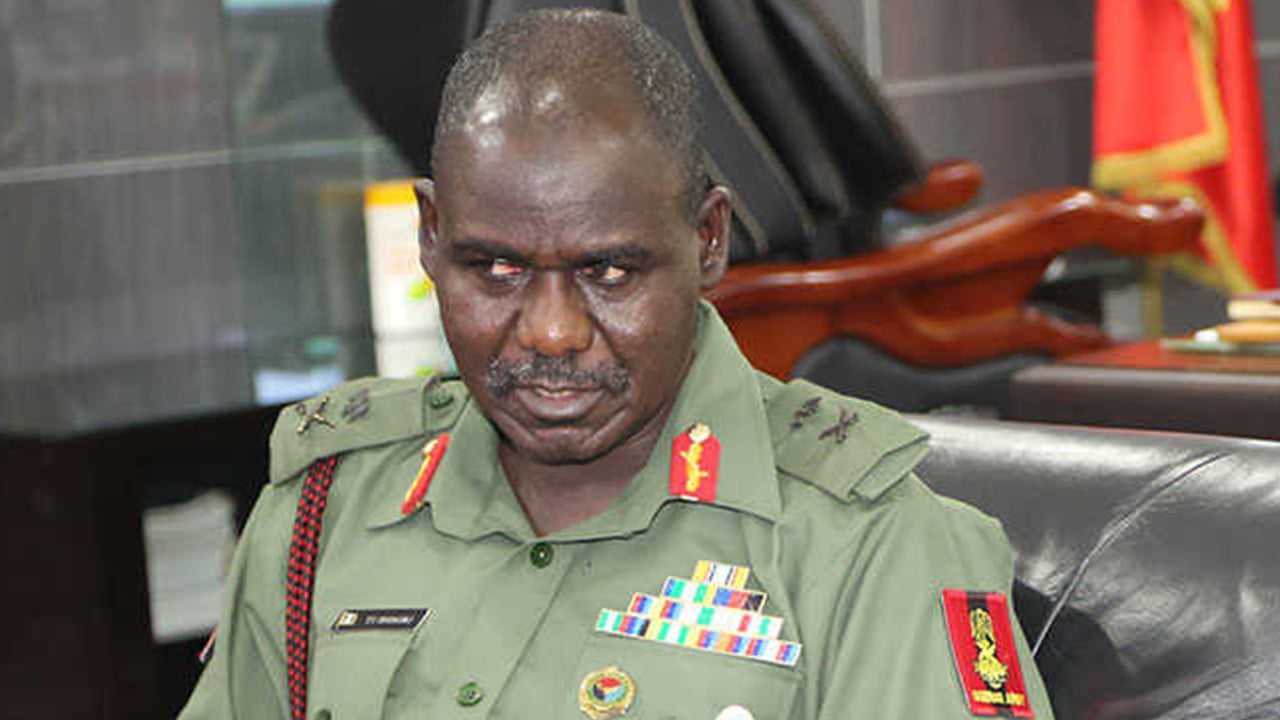 Igbo National Council, INC, a socio-cultural Igbo group, has demanded the immediate resignation of the Chief of Army Staff, General Tukur Burutai and the Inspector General of Police (IGP), Mohammad Adamu, for their incompetence.
The group alleged that the security chiefs supervise a regime of murderous gangs of the bloodthirsty army and police rascals that find joy in spilling the blood of Nigerian youths protesting against bad governance and corruption in the country.
The group further demanded for the immediate arrest and prosecution of the commanders in Nigeria military that led the Lekki genocide on Tuesday night and that of other states around the country.
INC, in a release signed by its President-General, Chilos Godsent, called on various governments in the country to relax the (24) hours curfew imposed over the violence that erupted in the End SARS protest as it amounted to economic sabotage against Nigerians that has not recovered from the COVID-19 pandemic lockdown.
The group said it arrived the demands after critically viewing the Nigerian youth’s demands which had led to many killings of unarmed Nigeria citizens by the security operatives, however, called on Nigerian youths to be resolute and maintain the tempo of the peaceful protests till the cabals that have held Nigerians captive for many years give up.
NEWS: End SARS: PDP sponsoring, fueling protests – APC
“There will be no retreat and there will be no surrender. Peaceful protest is a civic and constitutional right of every human,” INC concluded”.
In the same vein, the Nigerian Defence Headquarters’ Director of Information, Maj. Gen. John Eneche, has described the report of soldiers shooting the protesters as mere allegations.
Speaking during a press conference in Abuja on Thursday, Enenche admitted that the military is involved in the internal security operations codenamed ‘Operation MESA’ in nine states, but failed to disclose further details of the joint security task force.
According to him, Operation MESA is under the control of the state governments which comprised the Army, Navy, Air Force, Civil Defence and police personnel.
Lekki killing: Buhari forcing Nigerian youths to employ guerilla warfare – Ohanaeze chieftain Nigerian Newspapers: 10 things you need to know this Wednesday morning Emmanuel Onwubiko: End SARS vs SARS in government Operation Crocodile Smile: Falana warned against dragging Army into End SARS protest SARS: Gbajabiamila reacts, says dissolution, wish of Nigerians End SARS: CFNN issues threats after Lekki toll gate killings