The National Team have joined fellow Nigerians in celebrating the end of the Special Anti-Robbery Squad (SARS) as the Nigerian Presidency and the Inspector General of Police have confirmed the decision.

Nigeria had been engrossed in the ‘End SARS’ campaign since last week with physical protests carried out across the country and abroad, as well as on the Social Media following brutality unleashed on Nigerians by a Nigerian police unit, SARS, that has been tasked over the past three decades with fighting violent crime, including banditry and kidnapping. 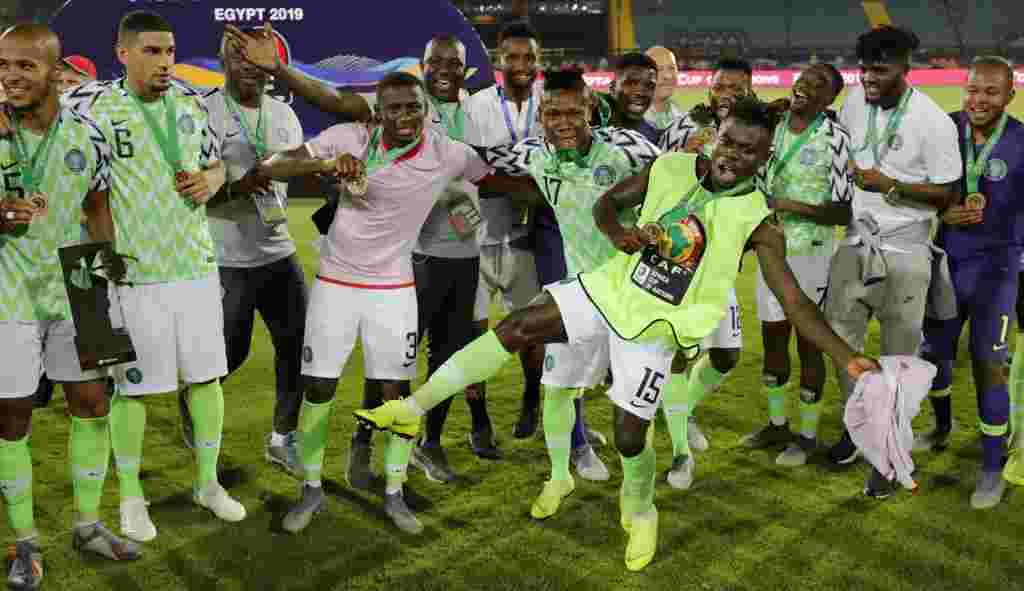 Members of the team who are in Austria, in preparation for their match against Tunisia, have been actively following the trending protests in Nigeria calling for the end of SARS and police brutality. William Troost-Ekong, Ahmed Musa, Leon Balogun, John Ogu and Shehu Abdulahi spoke out against police brutality via their twitter handles.

Here are some of their tweets:

Ahmed Musa (@Ahmedmusa718):“In a world where genuine love for ourselves seems to be so scarce, I sincerely pray that the right thing is done to put an end to the strife. #EndNorthBanditry #EndPoliceBrutality.” 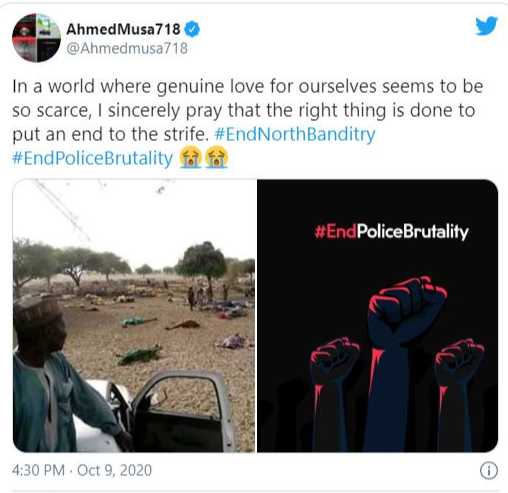 Leon Balogun (@LeonBalogun): “Great to see what can be accomplished if we stand together in unity let’s remain vigilant though so this won’t become yet another false promise in order to silence the people. This should just be the 1st step of many!

“Redeploying the same people that have been abusing their position of power does NOT guarantee change! Let alone for the sake of Jimoh Isiaq and every other wrongfully hurt or murdered person -prosecute and REPLACE them! #EndSars #EndPoliceBrutality#ReformTheNigerianPolice/” 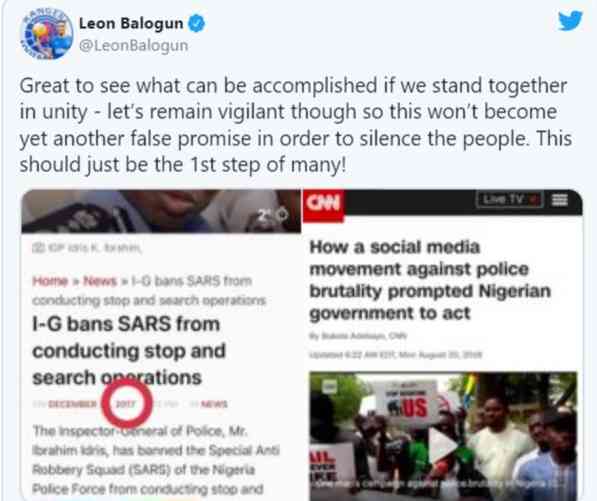 Shehu Abdullahi (@OfficialShehu): “We have to continue speaking. @NigeriaGov has #EndSARS, victory for the Youth, and for everyone that joined this [email protected] should address us and give further assurance, they must #EndPoliceBrutality. 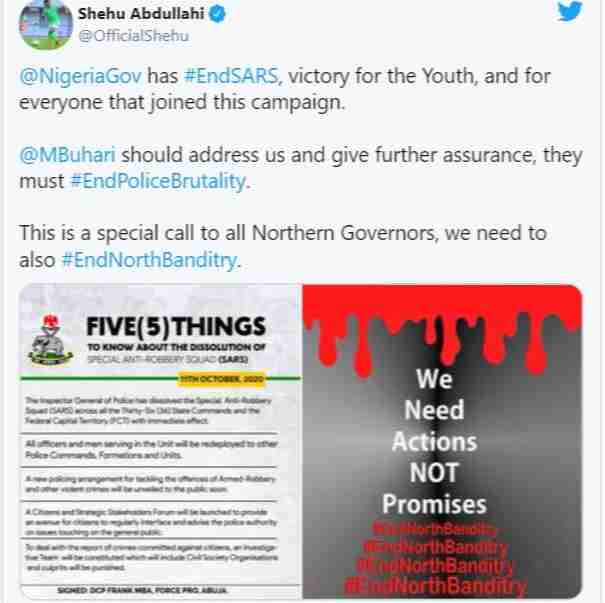 Alex Iwobi (@alexiwobi): “Protect Lives, Not Take Them Away …On A More Serious Note, We Need To Put An End To What’s Going On In Naij #EndSARS #EndPoliceBrutality.”

Moses Simon (@Simon27Moses): “The essence of law enforcement agents is to protect lives and properties of citizens. If the citizens they swore to protect are now their preys, then the purpose of its formation is defeated. #EndSARS #End BANDITRY Going on in the north#Togetherwestand.”

William Troost-Ekong, in celebration, retweeted BBC News’ story on the scrapping of SARS. He had tweeted two days ago (@WTrosstEkong): “We stand together!  #EndSARS #EndPoliceBrutality.” 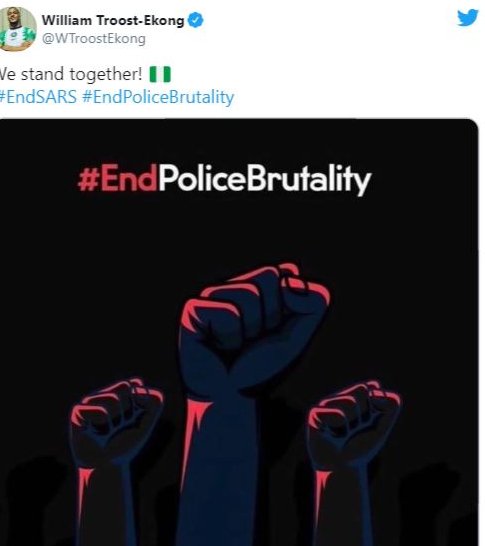 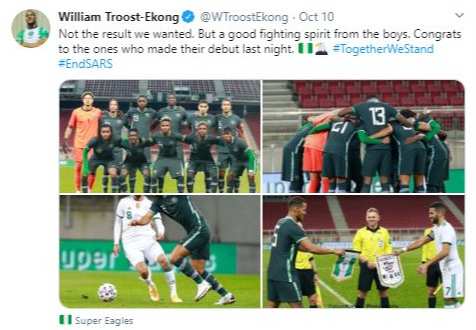 On the Official Twitter handle of the Presidency, the tweet read: “PRESIDENTIAL DIRECTIVE: The Special Anti-Robbery Squad (SARS) of the Nigeria Police Force @PoliceNG has been dissolved WITH IMMEDIATE EFFECT.

READ ALSO: TANTALISING! Arteta Is Amazing For Me – Saka 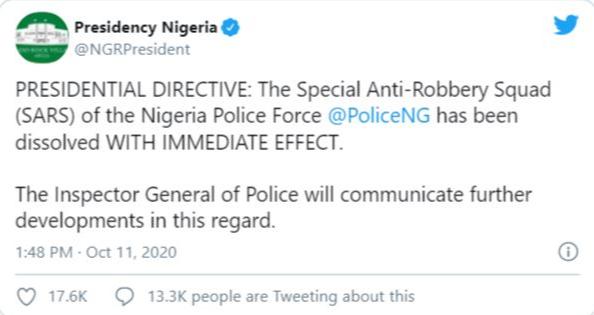 “The Inspector-General of Police will communicate further developments in this regard.”

And the Nigeria Police (@NigeriaGov) tweeted: “The Special Anti-Robbery Squad of the Nigeria Police, otherwise known as SARS, is hereby dissolved across all Formations, the 36 State Police Commands and the Federal Capital Territory (FCT) where they currently exist.”-Inspector General of @PoliceNG 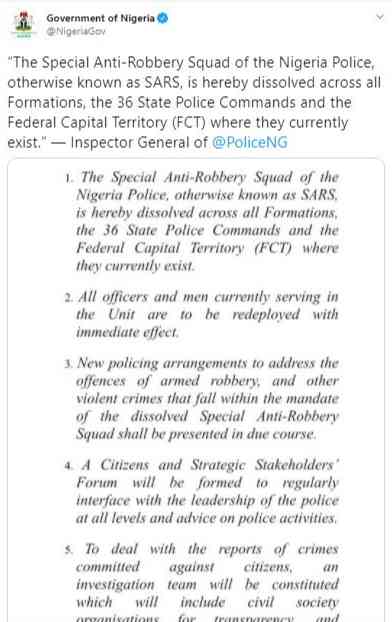