NYAN has opposed protest against SARS
– According to the northern group, the police unit only require a reform
– They added that the creation of SARS was done in good faith
The ongoing agitation for the scrapping of Special Anti-Robbery Squad (SARS) of the Nigeria police has been opposed by the Northern Youth Assembly of Nigeria (NYAN).
The Guardian reports that the northern group was seen armed with placards of different inscriptions on Sunday, October 11.
According to them, the police unit only requires a reform and not total scrapping.
According to Ukkasha Hamza Rahuma who is the speaker of the almost 100 youths, the decision to establish SARS was done in good faith.
He said:
“We have the belief that the decision of the Force to establish special anti-robbery squad was done in good faith to checkmate the illegal activities of kidnapping, banditry and armed robbery in the society following the rampant cases of the harassment and loss of valuable items to the men of the underworld.
“However, we acknowledge that men of the Nigeria Police Force have turned the establishment of SARS in every angle and corner of the country to avenue of harassment and intimidation which has generated a thunderous outcry all over the country.
“Our Organisation strongly kicks against any humiliation, harassment or intimidation by the security outfit and their personnel. They should instead follow laid down rules of investigation, apprehension and prosecution of any suspect as practiced in some developed nations. We are totally against the scrapping of SARS but instead we are in support of reſorming the FSARS to enable them operate in a professional manner where good citizens will appreciate them more.” 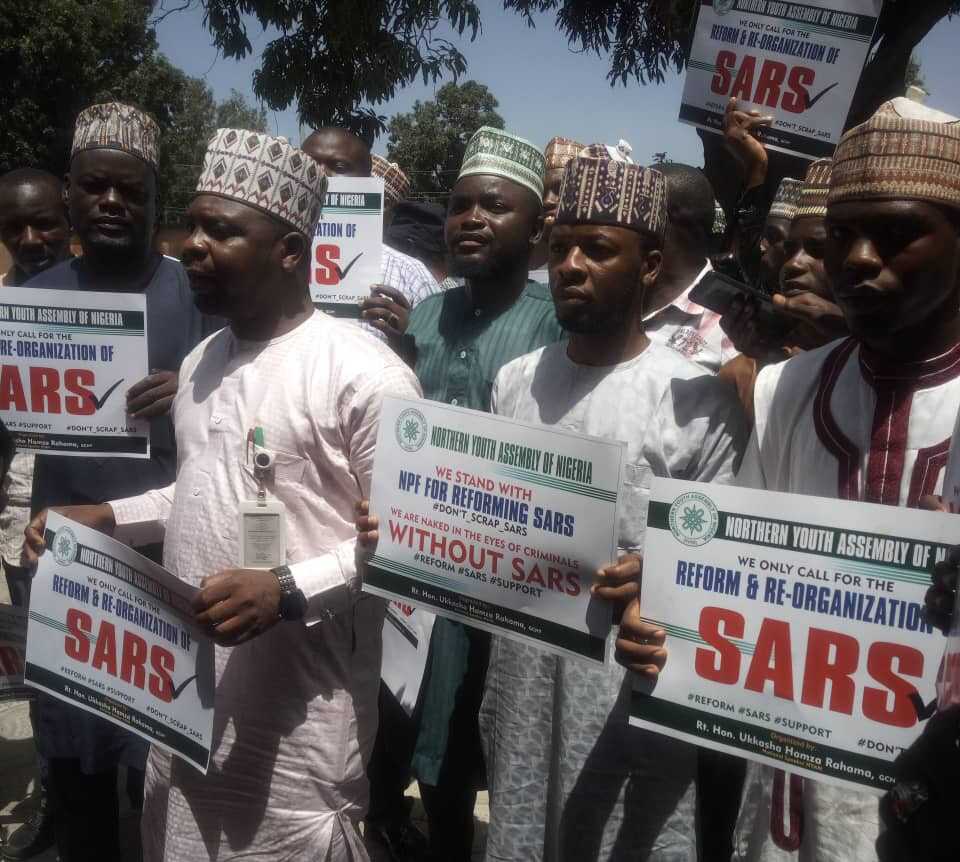 The disbandment, which was announced by the IGP during a nationwide address, is unarguably historical — a total validation of the massive #EndSARS protests by the Nigerian youths.
It would be recalled that since Thursday, October 8, the Nigeran youths have been taken to the streets to protest ceaseless police maiming, killing and grand extortion of the people profiled as criminal based on their look.
What’s the best punishment for erring SARS officers? | Legit TV