The governor was declared the winner of the election held on Saturday, October 10, by the Independent National Electoral Commission (INEC) in a grand style.
Akeredolu polled 292,830 votes to defeat his closest rival, Eyitayo Jegede, the candidate of the Peoples Democratic Party (PDP) who polled 195,791 and his embattled deputy governor Agboola Ajayi who contested under Zenith Labour Party (ZLP).
With the INEC’s final declaration, Governor Akeredolu will be presiding over the affairs of the state for the next four years unless his victory is nullified by the court.
Meanwhile, Legit.ng highlights 4 reasons responsible for Akeredolu’s election. 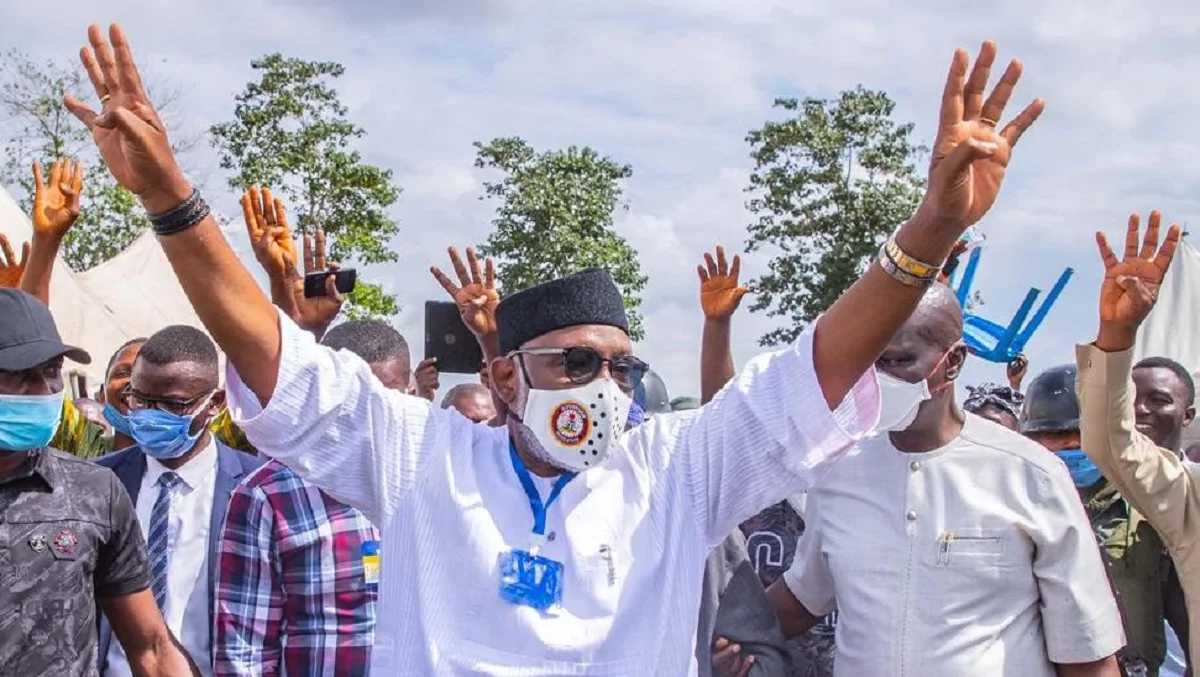 1. Power of incumbency
Without any iota of doubt, Akeredolu’s reelection would not have been made easy if the power of incumbency did not play out.
The governor won the first governorship of the state in 2016, defeating Jegede and other political candidates, though his victory was contested in the court.
On his second ride to power, being the current governor gave him an upper hand over Jegede because he has every sympathy and resources at his disposal.
Similarly, history is also on his side as hardly will sitting officials lose an election in Nigeria. It will rather be a do-or-die.
2. Tinubu factor
There is no doubt that Bola Ahmed “Tinubu factor” played out in the emergence of Akeredolu as APC candidate and the eventual winner of the October 10 election as the former governor of Lagos state and All Progressives Congress (APC) national leader is a godly figure in the ruling party.
Although Tinubu did not support the Ondo governor during his first time, Akeredolu ate a humble pie after months of a feud with the former governor as he mended fences and built bridges ahead of the 2020 election.
Tinubu would later come to Ondo to kickstart the governor’s election campaign and commission some projects. He even event predicted that PDP would lose the election and be nailed in a coffin.
3. The money factor
There is no doubt that money rained in Ondo and determined the outcome of the election. It was a scene of those who have the monetary bicep to show it.
And it was not surprising when videos started emerging showing how politicians gave out cash for voters.
APC, as a party, was not left out. And apparently, this contributed to the governor’s victory.
4. “United” APC
Unlike the Edo state where top members of the APC showed clear apathy towards the election, the governorship poll in Ondo state and APC victory clearly showed that APC was united and determined to win
This is clearly shown in the grand campaign of the party where all APC governors and notable party leaders graced the event with President Muhammad Buhari openly giving his support for the governor.
What’s the best punishment for erring SARS officers?