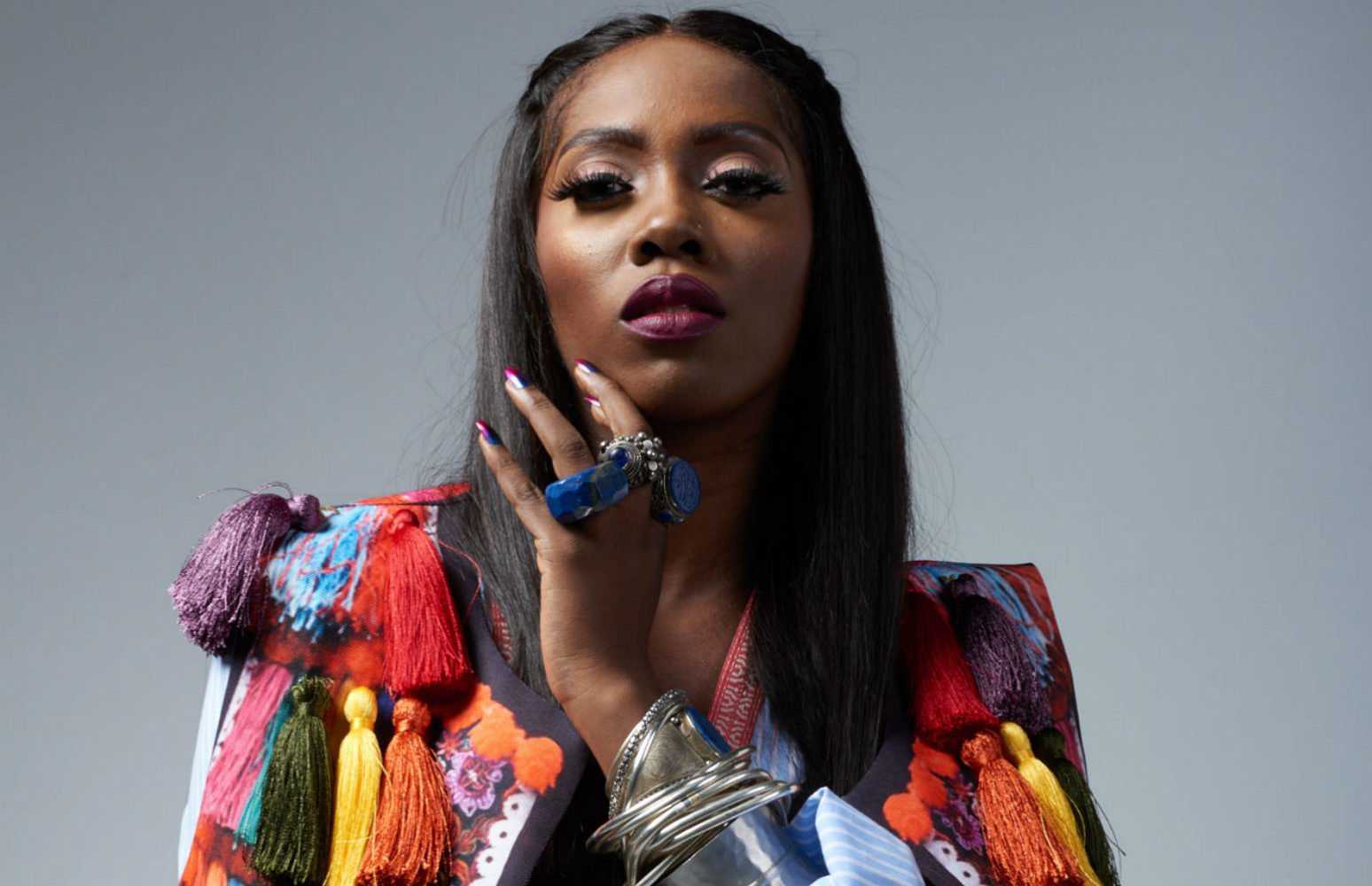 Nigerian musician, Tiwatope Savage, popularly known as Tiwa Savage has called on Nigerian youths to stop relying on celebrities and join the ongoing End SARS protest which is taking place at different parts of the country.
DAILY POST had reported that Nigerian celebrities, including Folarin Falana, popularly known as Falz and pop star, Runtown have joined other Nigerians in a protest in Lagos calling for an end to police brutality and extra-judicial killings.
Also, another group of protesters who were led by Deji Adeyanju, convener of Concerned Nigerian, were seen marching to the Force Headquarters, in Abuja, to protest the brutality and alleged killings by operatives of the Special Anti-Robbery Squad holding different placards.
Following the development, Tiwa who is also one of the Protesters in a video shared via her Instagram account on Thursday urged Nigerian youths to join the protest and let the government know that they are tired of bad governance.
She also advised youths to stop relying on celebrities adding that the country’s problem is for all and should be solved by all.
According to her, “If Nigerian youths don’t come out to protest they will think that we are jokers and that’s why they don’t take us seriously.”
NEWS: BBNaija: “Laycon deserves everything gifted to him”- Daddy Freeze replies Gov Abiodun’s critics
“Please nobody should put on any stupid comments on my timeline.
“This is not a day for stupid comments, everyone is out here protesting.
“We are protesting for our own benefits. This is serious and it is no time to joke around.
“Nigerian youths you guys need to wake up. There are people out there that have lost children.
“This is not a time to joke because there’s nothing funny about this.
“They think Nigerian youths are lazy and that’s why they don’t take us seriously.
“None of us wants to die as a joke. You don’t have to rely on celebrities because you don’t call on them when you are voting for Big Brother Housemates.
“Everyone should better come next week Tuesday and join in this protest,” she said.
End SARS: Falz, Runtown, others hit street of Lagos in protest End SARS: Naira Marley reacts as Falz, other celebrities protest in Lagos SARS protest: Why I did not join Falz, Runtown – M.I End SARS protest hits Abuja [PHOTOS] SARS: Nigerians react as Naira Marley succumbs to Buhari govt’s plea What will happen if I lead protest against SARS – Naira Marley