Popular rapper, M.I, has given reason he did not join the #EndSARS protest led by Falz over police brutality and extra-judicial killings.
Falz alongside Runtown and other Nigerian celebrities took to the streets of Lagos on Thursday, protesting against operations of SARS.
The protesters carried placards and chanted “End SARS” songs. They stormed Police Headquarters in Ikeja and marched to Lekki tollgate. 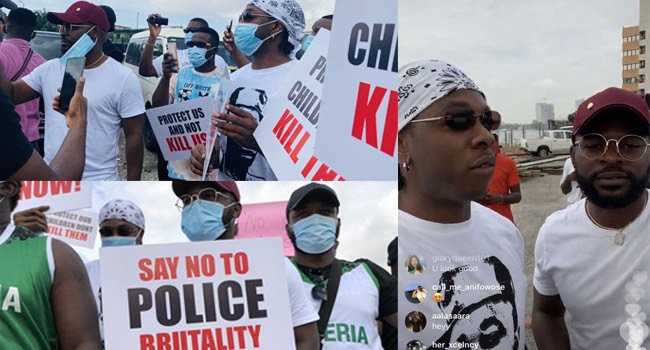 Runtown, speaking during the protest said they did not want restructuring but a total SARS scrap of the unit.
“We don’t need a reform or restructuring, we want the government to put an End to SARS,” he said.
M.I, showing support for the protest revealed that he did not join the protest because of his health condition.
NEWS: Actress Chacha Eke clears air on ‘domestic violence’ as marriage with Austin Faani crashes
On his Twitter page, the rapper wrote: “Unfortunately, I’m still not feeling well enough to be outside but I stand with @falzthebahdguy and @iRuntown and all the amazing young people using their voices to say #EndSars.”
End SARS: Falz, Runtown, others hit street of Lagos in protest What will happen if I lead protest against SARS – Naira Marley SARS: Buhari govt most insensitive in history – Falz, Olamide SARS: Nigerians react as Naira Marley succumbs to Buhari govt’s plea SARS to join Naira Marley, others to protest on Tuesday End SARS now – Nigerians cry out to Buhari