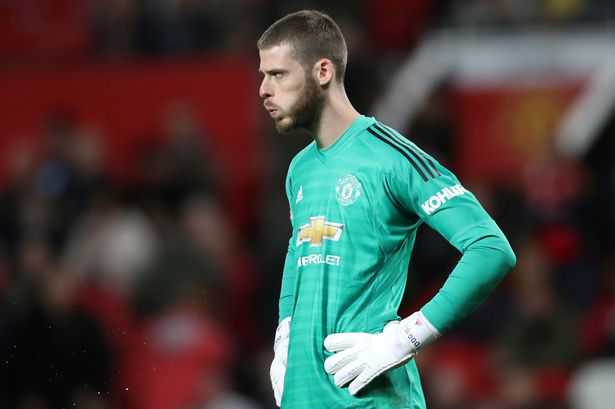 Manchester United goalkeeper, David De Gea, has apologized to fans following their 6-1 defeat to Tottenham Hotspur on Sunday.
The Red Devils took the lead as early as the first minute of the game at Old Trafford.
Bruno Fernandes calmly stroked his penalty past Hugo Lloris, after Marcus Rashford was fouled in the box.
However, from that point Spurs took over and scored six times.
Harry Kane and Heung-Min Son both netted twice, while Tanguy Ndombele and Serge also got on the scoresheet.
The result means United are yet to win at home this season, after their opening day 3-1 loss to Crystal Palace.
De Gea, who has now conceded 11 goals this season already, wrote on his Twitter page: “We feel exactly like you. No excuses. Sorry.”
NEWS: EPL: Why Liverpool lost 7-2 to Aston Villa – Klopp
United have three points from their opening three fixtures going into the international break.
FA Cup: Chelsea defeats Man Utd, to play Arsenal in final FA Cup: Solskjaer issues strong warning to De Gea after blunders in Chelsea defeat EPL: Ighalo reveals three Man Utd players that helped him to settle at Old Trafford EPL: Dean Henderson gives condition to return to Man Utd amid De Gea’s errors Man Utd vs West Ham: Solskjaer hints at dropping De Gea to bench FA Cup: Solskjaer told to replace De Gea with Henderson immediately