KANO State governor, Dr. Abdullahi Umar Ganduje, says the progress recorded and measures taken by the Muhammadu Buhari administration in reopening of schools should be commended.

According to a statement by Hassan Musa Fagge, the chief press secretary to the deputy governor, Governor Ganduje made the assertion on Saturday evening while receiving the Minister of State for Education, Chukwuemeka Nwajiuba, who paid a visit to him in his office.

The governor was represented at the event by his deputy, Dr. Nasiru Yusuf Gawuna.

He said his administration is committed to prioritizing the education sector given its importance, an/d that as part of compliance with the COVID-19 protocols for ensuring safety and protection of the teaching staff and the students ahead of the reopening of schools, fumigation exercise had been conducted and personal protective equipment provided in all schools across the state.

Ganduje also disclosed that his administration recently released N880 million for the renovation of some schools across the state. 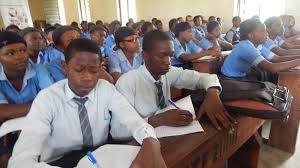 Speaking earlier, the Minister of State for Education, Chukwuemeka Nwajiuba, said he was in the state for the North-West stakeholders’ meeting to review the guidelines and protocols for reopening of schools.

The minister praised the efforts of the Kano State government for its initiatives in promoting education, which he described as worthy of emulation by other states.