He advised that any prospective business should be adequately scrutinised, adding that the current administration of President Muhammadu Buhari substantially enhanced soldiers’ retirement benefits to make them comfortable after service. 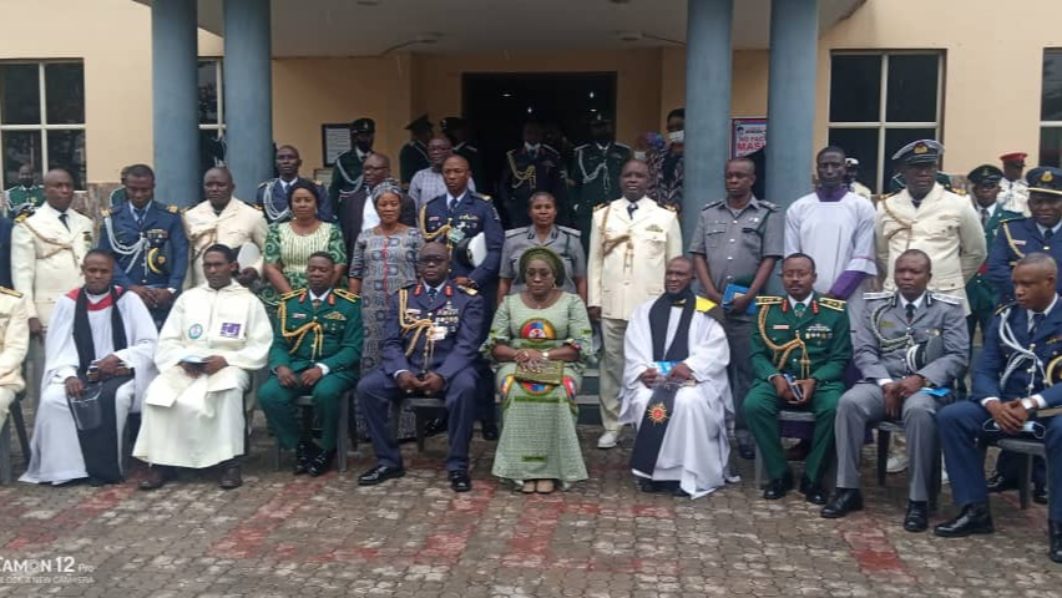 Speaking at the thanksgiving service of NAFRC on Sunday, Lar described NAFRC as a national asset that trains not only army officers but every qualified Nigerian.

He revealed that with the approval of the Defence Headquarters (DHQ), the centre integrated personnel of different Ministries, Departments and Agencies (MDAs) aside the armed forces as a way to strengthen ties and empower them for the benefit of the larger society

“So we informed Defence Headquarters about the need to integrate other sister agencies, and they graciously approved that paramilitary agencies and MDAs of the Federal Government can come here for various courses.

Also, the officiating priest, Lt. Maurice Vandu, admonished trainees to be grateful to God, as they had contributed their quota to the service of their fatherland and wished them well in their future endeavours.

The reverend father charged the trainees to be meticulous in spending and always put God first in whatever they want to do, adding that “thanksgiving is a gateway to supernatural turnaround with unexpected blessings.”

Similarly, during Jumaa’t prayers on Friday, the Director of Administration, Brig-Gen. Taofiki Oladega, who spoke on behalf of the commandant, restated that the centre had improved on the modalities of training, to empower soldiers to contribute efficiently after service.

On his part, the centre’s Imam, Major Y.B Isah enjoined the trainees to imbibe forgiveness, saying that life after service with grudges would make things difficult and not acceptable by Allah.

Master Warrant Officer, Abdulmalik Abdulkadir, one of the trainees, acknowledged that passing through NAFRC training was one of the biggest achievements and that he was ready to build on whatever he had been taught in the civil society for greater impact, adding that through the training, he’s closer to becoming an employer of labour after service.

Abdulkadir expressed gratitude to the Nigerian military for the programme that would not just benefit outgoing servicemen but members of the larger society.

He advised his colleagues in service to remain diligent and committed to the discharge of their duties.